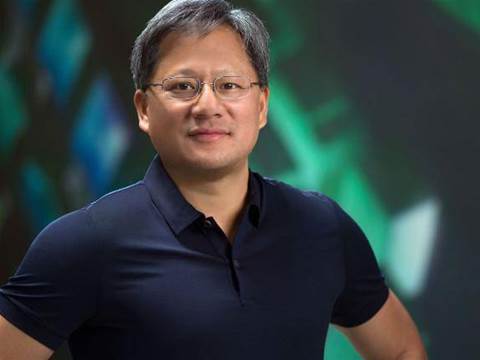 Nvidia’s planned US$40 billion acquisition of British chip designer ARM hit a major hurdle on Friday after a UK regulator found it could damage competition and weaken rivals, and required a further lengthy investigation.

Struck in September last year, the deal for Britain’s most important technology company by the world’s biggest maker of graphics and AI chips sparked a swift backlash from politicians, rivals and customers.

In Britain, it has also become politically charged, with critics arguing that a rise in economic nationalism and greater awareness of the need to own key infrastructure means ARM, owned by Japan’s SoftBank since 2016, should not be sold again.

On Friday, Britain’s competition regulator added to the pressure, saying the merged entity could reduce competition in markets around the world and in sectors as large as data centres, the internet-of-things, automotive and gaming.

To pass a deal with serious competition implications, the regulator would normally require a disposal of the part of the merged business that has the power to harm rivals. But the concerns around ARM and Nvidia span the whole business.

The deal also raised alarm because it poses a threat to innovation in industries that form the backbone of modern economies.

“We’re concerned that Nvidia controlling ARM could create real problems for Nvidia’s rivals by limiting their access to key technologies, and ultimately stifling innovation across a number of important and growing markets,” said Andrea Coscelli, head of Competition and Markets Authority.

ARM is a major player in global semiconductors, a sector fundamental to technologies from artificial intelligence and quantum computing to 5G telecoms networks. Its designs power nearly every smartphone and millions of other devices.

Semiconductors also underpin critical infrastructure in Britain and the government has said they are in technology related to defence and national security matters.

The deal also sparked anger in the semiconductor industry, where Arm has long been a neutral player licensing key intellectual property to customers who are otherwise intense rivals, including Qualcomm Inc, Samsung Electronics Co Ltd and Apple Inc.

The fear among chip firms is that Nvidia will give itself early access to Arm’s innovations rather than distributing them to the entire industry on an equal basis.

While Nvidia had offered remedies to lessen the impact, the UK regulator did not believe they would alleviate its concerns.

Nvidia, which had hoped to wrap up the deal by March next year, said on Wednesday it was taking longer to win the necessary approvals than expected and some U.S. based analysts have said they believe the takeover will be blocked. The deadline for the deal is September next year.

Nvidia said on Friday it believed the deal remained beneficial to the industry and ARM’s CEO has said the proposed merger would better support the creation of jobs and enable it to invest in the technologies of the future, as opposed to it becoming a standalone public company.

The sale of ARM last year came as SoftBank sold a string of other assets to reduce its debt.

The UK government will now consider the findings and give a fuller response at a later date, which will also include its thinking on any impact on national security. A full in-depth inquiry takes around six months.

Britain’s government could then block the takeover, approve it or allow it to pass with certain undertakings.

Britain has seen a record number of takeover bids this year, with private equity and listed firms pouncing on everything from supermarkets to pharmaceutical groups and even the maker of its torpedoes and submarine sensors.